Skip to content
Home » Blog » Family Law » What happens to my Bitcoin if I get divorced in Texas? 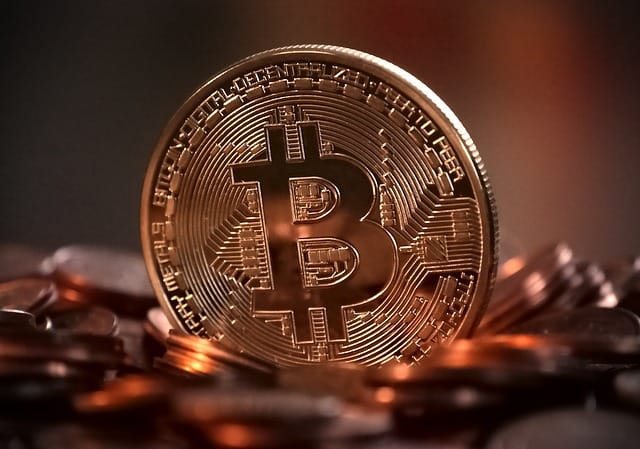 If I am getting divorced in Texas, do I have to split my Bitcoin or Cryptocurrency?

2018 may very well turn out to be the year of the Bitcoin. What started a few years ago as a “geek-only” hobby has now avalanched into not only an acceptable form of currency and asset protection but also a media and social frenzy. With the rise in acceptance of cryptocurrency by banks and businesses and the public’s acceptance of cryptocurrency as a form of short and long-term investment, people going through divorce must now be up-to-date on what could happen to their cryptocurrency in the event of a divorce.

Cryptocurrency is a means of secured value exchange. Cryptocurrency is not currency in the traditional form but in fact is the manner in which value is exchanged between two people. The “currency” part of cryptocurrency comes in when the exchange of value results in one or both people receiving something tangible. These results could include paper money and tangible items. Bitcoin, Bitcoin Cash, Ethereum and Ripple are all examples or types of cryptocurrency.

What happens to my money if I get divorced?

In Texas, the general presumption is that everything a married couple takes in during the marriage, whether that be salary, money, assets, debts and liabilities should be split 50/50 upon dissolution of the marriage. There are of course some exceptions to this, such as money that is gifted to one of the parties, inheritances and personal injury settlements. These exceptions will not be discussed at length here. So, for example, let’s say a couple is married for 10 years. During the marriage, the couple brings in assets, salary and other compensation worth $250,000.00. Let’s also say that they have $50,000.00 worth of debt when they decide to divorce. That means that presumptively the estate is worth $200,000.00 and that should be split 50/50 between the spouses. So, one spouse would get $100,000.00 and the other spouse would receive the same. Of course, there are other factors that could be taken into consideration, such as the equity in a house and if one of the spouses will keep that house. That shouldn’t affect the split of assets, just the manner in which one of the spouses receives the assets. For example, if the house equity is worth $50,000.00 of the $250,000.00 in assets in the above example, then the spouse who keeps the house would only keep $50,000.00 in assets because the other $50,000.00 belongs to them in house equity.

The other thing to consider is the presumption that assets are split 50/50 can be rebutted by things such as fault in the marriage, adultery, family violence and fraud. But that is another topic for another day.

Is Bitcoin considered an asset that would be split up upon divorce?

Yes, Bitcoin and other cryptocurrency is considered a tangible asset that would be split in a divorce proceeding. If the Bitcoin was bought or “mined” during the marriage, then Texas courts would presumptively order the spouses to split it 50/50. And here is the kicker, Texas law also requires a split of the assets at the time of divorce. So, let’s say you got in on Bitcoin early in 2013 and bought $1000.00 worth. Today that $1000.00 investment would be worth around $25,000.00. Not a bad return. However, because the assets are valued at the time of the divorce and not the time of purchase, instead of paying your spouse $500.00, you would be ordered to pay $12,500.00 in either Bitcoin or USD or some other asset worth that amount. This may seem unfair to a lot of people, but unfortunately it is what the law is.

Is there any way to protect my Bitcoin investment?

Bitcoin, right now, is considered a high-risk, volatile asset. Much like high-risk stock trading, with Bitcoin there can be a very high reward, or a crash and burn. The best advice that we can give clients right now, is to hold onto your cryptocurrency after the divorce if possible if you are risk-averse. The reason we say that is because the ceiling for cryptocurrency in the future seems to be limitless. If you hold onto your crypto and instead pay out assets in your divorce with cash money or property, the future value of the crypto that you hold onto may far outweigh anything that you pay out now. We can compare it to keeping real estate, especially here in North Texas. We are lucky to have one of the hottest housing markets in the U.S. That means, spouses who hold onto their real estate after their divorce almost always come out ahead because the price of houses just keep going up and up. The same could very well be true of crypto.

What do I do if I am heading for divorce in Texas and I have cryptocurrency?

Call the divorce lawyers at The Law Offices of Jayson Nag at 817.900.2823. We have extensive experience in not only divorces in North Texas, but our founder, Jayson Nag, invested in cryptocurrency himself back in 2014. He knows the ins and outs of Bitcoin and other cryptocurrency and can properly advise you on how to keep more money in your pocket after your divorce.